What Items Should I Have an Insurance Rider on in my Home Policy?

People who think a standard homeowners insurance policy provides adequate coverage for valuable personal items may get an unpleasant surprise when the time comes to file a claim.

There typically are limits to how much you can collect on a home policy when high-value property is stolen or damaged. For example, if you have expensive jewelry, a typical home insurance policy won’t provide enough coverage, says Rosemary Campbell, vice president of personal lines for Cheney Insurance, an insurance agency in Maine. To protect these possessions, you may need additional coverage in the form of a home insurance rider. A rider — also called an endorsement — is a written agreement attached to your policy that increases your benefits.

Your carrier likely will require any items placed on riders be professionally appraised to confirm their value, says Kevin Foley, a New Jersey insurance agent. Here are five things in your home you may need to protect with an insurance rider. If you’re an art collector and the existence of your collection becomes known, “you could become the target of thieves,” Foley says.

Campbell says fire also is a major cause of artwork insurance losses. Insurers typically base the price of artwork riders on the appraised value of your art and your home’s distance from a fire hydrant.

Artwork valued at $5,000 typically would cost about $9 per year to insure if you lived within 1,000 feet of a fire hydrant and $16 annually if you lived beyond that distance, Campbell says. If the value of the insured artwork were $10,000, the rider’s price typically would be about $16 yearly for homes within 1,000 feet of a hydrant and $27 for homes beyond that distance.

While policies vary by company, Pete Moraga, spokesman for the Insurance Information Network of California, says standard homeowner policy artwork coverage limits typically are between $1,500 and $2,000. If you have expensive jewelry, such as an engagement ring valued at $10,000, it is unlikely to be covered by a typical home insurance policy.

Jewelry typically has a limit of $1,500 in coverage on a standard home insurance policy, according to the nonprofit Insurance Information Institute. For more expensive jewelry, insurers generally sell riders for about 68 cents for each $100 of appraised value, although this varies from company to company, Campbell says. So if your jewelry was appraised at $5,000, it would cost $34 to insure annually.  If a rider doesn’t cover your needs for your jewelry you may want to ask is jewelry insurance worth it or not? 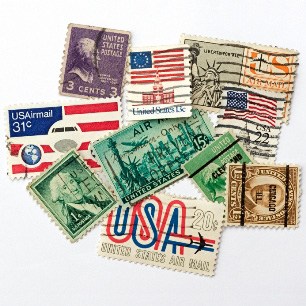 People collect everything from celebrity autographs to comic books. If you’re a collector, it’s important to find out what your collection is worth and whether your standard home insurance coverage includes its full value.

Standard policies typically provide little coverage for collectibles, says Michael Barry, a spokesman for the III. They often limit coverage to a maximum of $2,000 or less, regardless of actual value.

In the U.S., stamps are among the most common collectibles found in homes. Charles Snee, editor of Linn’s Stamp News in Ohio says the U.S. has more than five million stamp collectors.

Campbell says you can buy a stamp collection rider for about 40 cents per year for each $100 in appraised value. A collection worth $3,000 would cost about $12 per year to insure..

Coin collections also are very common. A home insurance rider typically costs about $1.15 for each $1,000 worth of appraised coin value, Campbell says.

Because they are easy to sell, gun collections are popular targets for thieves. About 1.4 million firearms were stolen during household burglaries and other property crimes from the beginning of 2005 through 2010, according to the Bureau of Justice Statistics. Campbell says a rider for a gun collection typically costs $3 for each $100 in appraised value.

If you have a gun valued at $3,000, you typically will pay $90 for the annual premium, she says. You’ll also be required by your insurer to keep your collectable guns under lock and key. Moraga notes that guitars previously owned by well-known rock musicians can sell for thousands of dollars more than similar instruments with no connection to famous owners. Rare instruments often grow in value over time, he adds.

In March, 2011, rock musician Eric Clapton auctioned a Fender Stratocaster electric guitar for $51,240, CBS News reported. Clapton had used the guitar during the New York and London reunion concerts of the rock band Cream in 2005. New high-end Stratocasters typically sell for less than $1,500.

A home insurance rider for musical instruments typically costs 35 cents per year for every $100 in insured value, Campbell says. A guitar worth $1,000 typically would cost about $3.50 per year to insure under a rider policy.

Moraga says some home insurance companies may not allow professional musicians to insure their performance instruments under home insurance riders. Such instruments, which have a higher risk of being stolen or damaged, may require commercial policies. Janece White, an underwriting and jewelry specialist at the Chubb Group of Insurance Companies, says valuable silverware should be covered by home insurance riders because it often is targeted by burglars.

“If you were a thief, what are the things you’d go after?” she asks. “You want things that are easy to carry. You’re not going to go after a 40-inch big-screen TV.”

Silverware riders typically cost between 40 cents and 70 cents for each $1,000 in value. If you equip your home with an alarm system, your insurer is likely to give you a discount on home insurance riders, White adds.