Can you trust your local car dealership?

Since 1912, the Better Business Bureau (BBB) has set out to educate consumers about which companies can be most trusted with their purchasing dollar. And in addition to providing reviews of more than four million businesses across the country, the nonprofit also compiles data each year on more than 5,000 industries nationwide in order to see where they rank in terms of consumer inquiries and complaints. 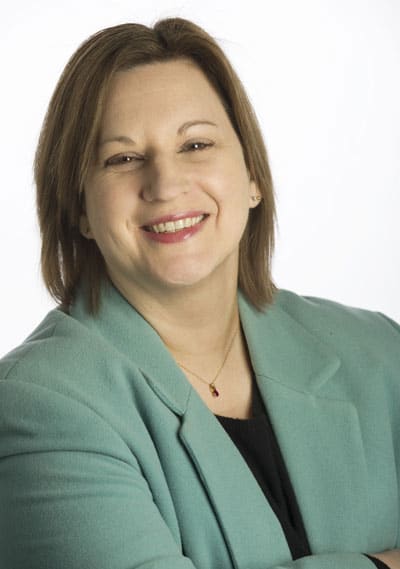 The bureau recently released its figures for 2012, and once again new and used car dealerships, as well as the insurance industry, fell within the top 15 industries with the most inquiries and complaints throughout the year. An inquiry occurs when a consumer is interested in a particular company and searches for its BBB rating online before doing business. A complaint, on the other hand, is a formal grievance filed with the BBB about a particular company and can negatively impact that business’s rating, depending on how the company responds.

According to spokeswoman Katherine Hutt, the BBB received 1,649,661 inquiries and 27,025 complaints about new car dealerships in 2012, making it the second most complained about industry that year. Meanwhile, used car dealerships came in sixth on the complaint list, with 17,506 complaints and 2,149,417 inquiries filed with the bureau last year.

insuranceQuotes.com recently caught up with Hutt to talk about why these industries received so many complaints and what consumers should take away from the rankings.

Can you trust your car dealership?

First of all, explain the difference between inquiries and complaints.

Essentially, an inquiry means a consumer is doing his or her due diligence before buying a product or service from a particular company. We maintain reviews on more than four million businesses and grade them based on 16 different factors. If a consumer is interested in inquiring about a particular business, he or she can look up the company on our database to find out how it was graded.

A complaint, on the other hand, is a formal grievance filed with us either in person or online. When that happens we open a file and contact the company. They have 14 days to respond, either to us or directly to the consumer. If we don’t hear back after 14 days, we send a second notification. If we still get no response we close the case with a negative impact on the company’s grade. But I would say the vast majority of complaints are usually resolved after the first or second notice.

Why do you think new and used car dealers ranked so high in complaints last year?

Because a car is a major purchase. First of all, people are much more likely to do research for major purchases. Furthermore, when they have a bad experience it’s much more likely to escalate into a formal complaint. For instance, if you don’t like a tube of toothpaste you’re just going to throw it out. You’re probably not going to file a formal complaint with the BBB.

And remember, these complaints are not about the car itself. They’re about the dealership. So maybe (consumers) felt like there was misleading advertising or a bait and switch tactic used in the sale of the car. We like to say that Consumer Reports tells you what to buy and we tell you from where you should buy it.

Why do consumers file a complaint about a particular business?

Generally speaking, people don’t come to us as a first option. If they’ve had a bad experience, filing a complaint with the Better Business Bureau is typically a consumer’s last resort. If you see a company that has a lot of complaints, that should be a red flag to proceed with caution. Consumers can also look up the specific types of complaints that were filed with us. We’re trying to give the consumer as much information as possible.

What else is important about these figures?

It’s important to note the percentage of complaints that were closed (i.e. resolved after the first or second BBB notice and not negatively reflected in the business’s grade). This doesn’t necessarily mean the consumer was entirely satisfied in the end, but it means that we think the business owner made a good-faith attempt at resolution.

Why do you think new and used dealerships perform so well when it comes to closing complaints?

Keeping the customer happy is important for any business, and it’s even more important for car dealerships. They want to have a trusted relationship with their customers because many consumers come back to the same dealership for every car they purchase. Also, when you’re happy about a business you might tell three friends. When you’re unhappy, you’re going to tell 20 friends and post about it on Facebook. This is an industry that really wants to keep that customer relationship strong.

Insurance companies ranked 12th for overall complaints and 11th for inquiries. Why do you think the numbers came out this way?

I think there are a few reasons why the industry performed better than some industries in the top ten for complaints. First of all, insurance is a highly regulated industry. Any time you have an industry where training and licensing is required to sell the product, you are also going to have more people in that industry following high standards.

Also, like car dealerships, insurance is an industry that tends to rely heavily on relationships built over time. When you find one you like, you tend to stick with them. It’s important to point out that we closed 93 percent of complaints filed against insurance companies in 2012, which is really exceptional.

What advice do you have for consumers looking to purchase a car or insurance?

First of all, look up business reviews on our website. Find out as much as you can about the company you’re planning to do business with. If you run into a problem, stay calm and try to work it out with the company. Don’t lose your temper or start yelling obscenities. Be patient and remember that customer service reps hear complaints all day long. If you can’t work it out with the company, go online and file a complaint with us and we’ll get to it right away. Consumers these days have a lot of tools at their disposal, so they should use them.